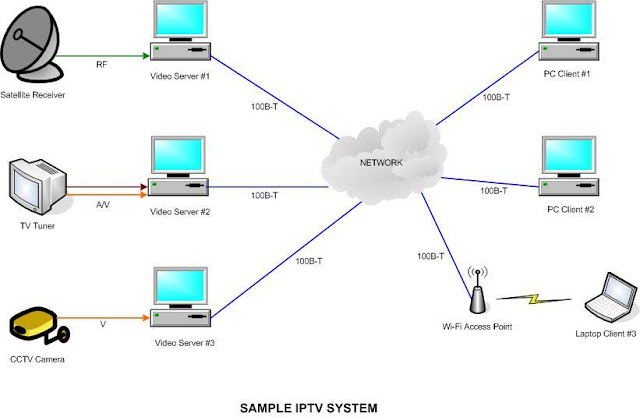 Internet Protocol television (IPTV) is a system through which television services are delivered using the Internet protocol suite over a packet-switched network such as a LANor the Internet, instead of being delivered through traditional terrestrial, satellite signal, and cable television formats. Unlike downloaded media, IPTV offers the ability to stream the media in smaller batches, directly from the source. As a result, a client media player can begin playing the data (such as a movie) before the entire file has been transmitted. This is known as streaming media.
IPTV services may be classified into three main groups:
Live television, with or without interactivity related to the current TV show;
Time-shifted television: catch-up TV (replays a TV show that was broadcast hours or days ago), start-over TV (replays the current TV show from its beginning);
Video on demand (VOD): browse a catalog of videos, not related to TV programming.
IPTV is distinguished from Internet television by its ongoing standardization process (e.g., European Telecommunications Standards Institute) and preferential deployment scenarios in subscriber-based telecommunications networks with high-speed access channels into end-user premises via set-top boxes or other customer-premises equipment. 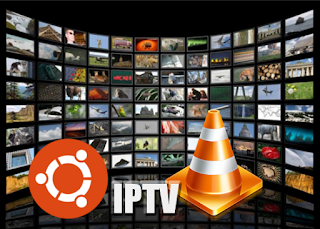 By default, there is already a test playlist for you to check how the App works. After that, you can load your own IPTV.

You can try using User-agent property in your playlist if your provider requires it. See examples below.

Playlist in M3U is ordinary text document which is encoded in UTF-8. It can be edited by application Notepad from accessories Windows. Any M3U file starts with #EXTM3U text identifier in the first line. The first line of the pair always starts form #EXTINF: text identifier. The second line of the pair containes only uri (link) of content.
Codify and encapsulate the input video flow in a proper format for the delivery. Then, it is prepared for distribution by segmenting it into different files. In the process of intake, the video is coded and segmented to generate video fragments and index file.
Encoder: codify video files in H.264 format and audio in AAC,MP3,AC-3 orEC-38 This is encapsulated by MPEG-2 Transport Stream to carry itSegmenter: divides the MPEG-2 TS file into fragments of equal length, kept as .ts files. It also creates an index file that contains references of the fragmented files, saved as .m3u8.
Este sitio emplea cookies de Google para prestar sus servicios, para personalizar anuncios y para analizar el tráfico. Google recibe información sobre tu uso de este sitio web. Si utilizas este sitio web, se sobreentiende que aceptas el uso de cookies. OK Más información